New Jersey native Austin Underwood is an emerging act ready to break through the industry walls with his brand of emotion-filled and self-reflective music. Using music as an outlet away from his personal struggles, he hopes to be a successful act beyond monetary reasons as he lends his voice to the ones that are not spoken for. The hard-working act has quite a number of singles under his belt and his recent release “Nosferatu” gets the visual treatment that showcases both Underwood’s emo R&B styles and performance skills.

Backed by a production fusing r&b/pop and a tinge of trap elements, Underwood permeates the track with his laidback layered melodies and somewhat carefree flow. The record is a lovelorn song that sees Underwood trying to seduce a girl he just met with lines like “I don’t bite, I’m a vampire yeah yeah/ I won’t hurt you cos you’re so nice/I need just one night to make you fall for me.“

The KWAS directed visual focuses on Underwood and gives the viewers a plethora of performance shots. The cut scenes are well-paced and set pieces are reminiscent of early 90s rock videos. What more can I say, quite nostalgic and straight to the point.

suvo seohttps://www.fiverr.com/suvoseolk
I am an SEO consultant with over 12 years experience in SEO and Marketing. Initially, starting out as a junior web designer i now have over 15 years online experience and work as an SEO and online marketing consultant, My thirst to learn new things and genuine enthusiasm for all things technical has provided me with a vast range of skills Our SEO process is completely white hat and adhere to best search engine optimization practice as laid by google from time to time, giving you the long term sustainable results. 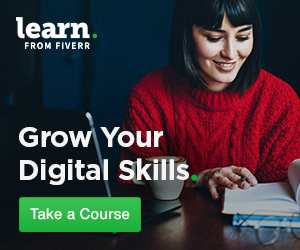 TopMusico is a platform where Tastemakers share the best new music. It's human-music-curation from tastes you can trust.We use our experience as journalists, musicians and fanatics to share our musical taste on the latest hits and underground discoveries across all musical genres.